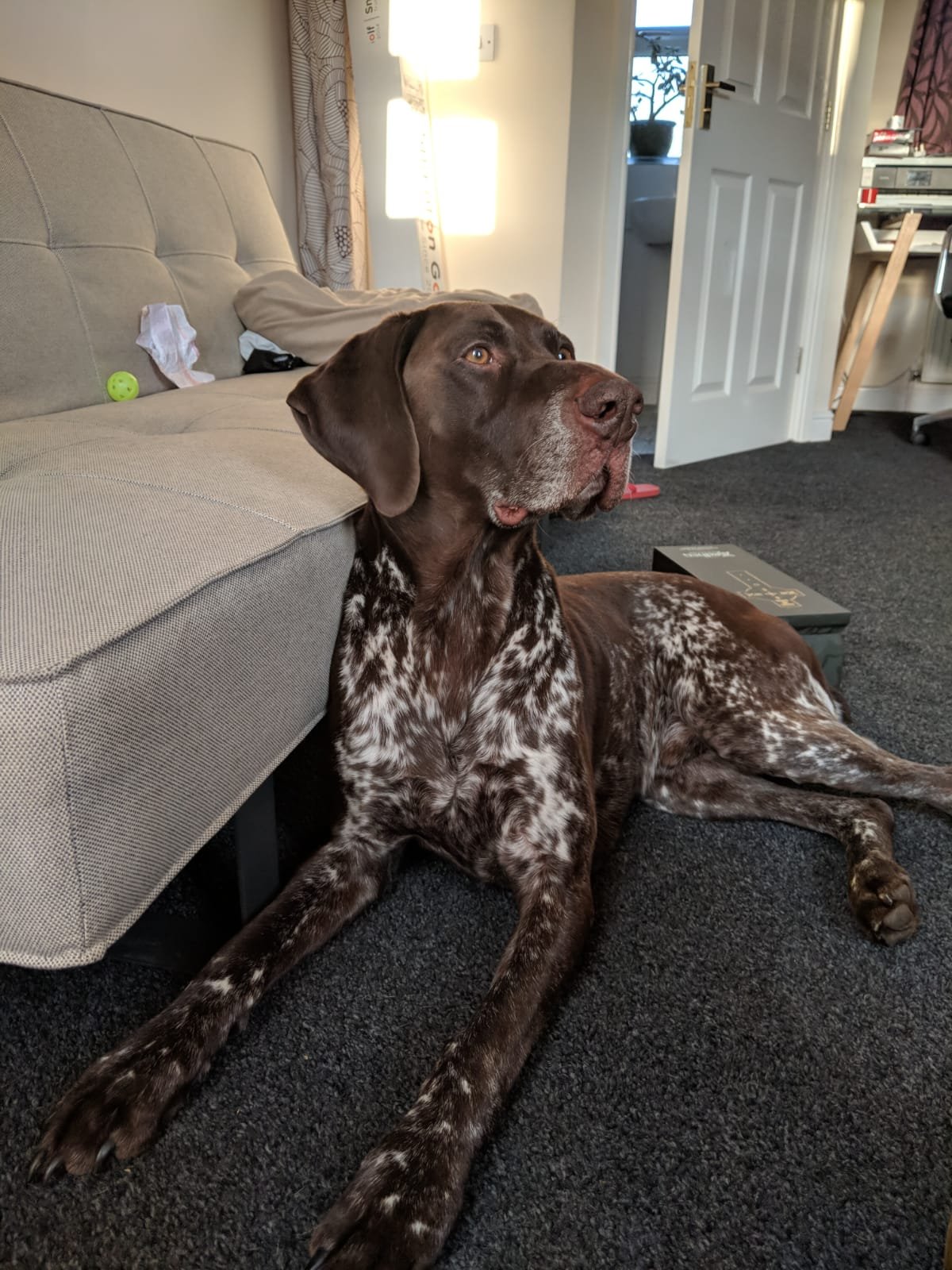 This one’s for Poo Monster.

Before Boob Baby and the MD there was Poo Monster. I remember looking at him when I was pregnant wondering how I could ever love something more than I loved his little face. Sure, Spotty Crotch was there but he barely tolerates me. He only has eyes for Mr DD, who returns his affections. If the house was burning down, I know who Mr DD would save first (hint- not his offspring or spouse).

Poo Monster was and always will be my puppy. He is as uncoordinated now as when we picked him up at 8 weeks old. He hates supporting his own body weight and will find food anywhere. As far as hunt, point, retrieve goes he’s pretty shit, except if it’s a baguette. He once fetched me a full baguette at the park. No idea where from but I’m guessing someone’s picnic was a disappointment.

All the DDs have their dickish tendencies but it’s Poo Monster that takes the douchebag medal of honour. At this point I’ll remind you he’s meant to be an all weather hunting dog. This is by no means an exclusive list of his fears; ducks, duck feathers, seagulls (they’re a bit too ducky for his liking), shifty looking men, anything that’s not normally on our street, the ‘save the jaguars’ advert on tv, wind, rain, thunder… weather, we’ll summarise it as all weather, and the big one; any other dog when he’s on the lead. The poor pup can’t calmly explain that the world’s a bit scary to him, instead, his canine instincts tell him to defend himself. It’s less ‘nawww look at the scared little puppy’ and more ‘who let that rabid beast out of its cage?’.

If only people could see through the panic to my smooshy little pup.

I can’t blame him sometimes. If it was more socially acceptable I’d probably walk round telling everyone to fuck off as well. So maybe I should be saluting him for having the balls to do what I’d like to, despite being castrated.

So if you see us out in the wild and the pooches are on the lead please don’t let your furry friend run up to say hi. And don’t quack because he’ll shit himself.